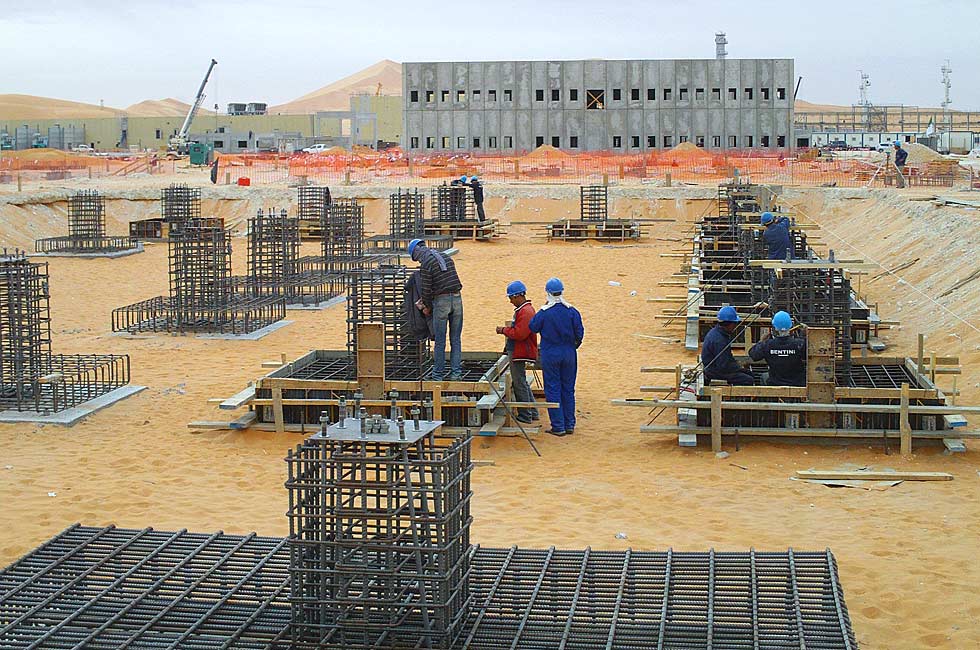 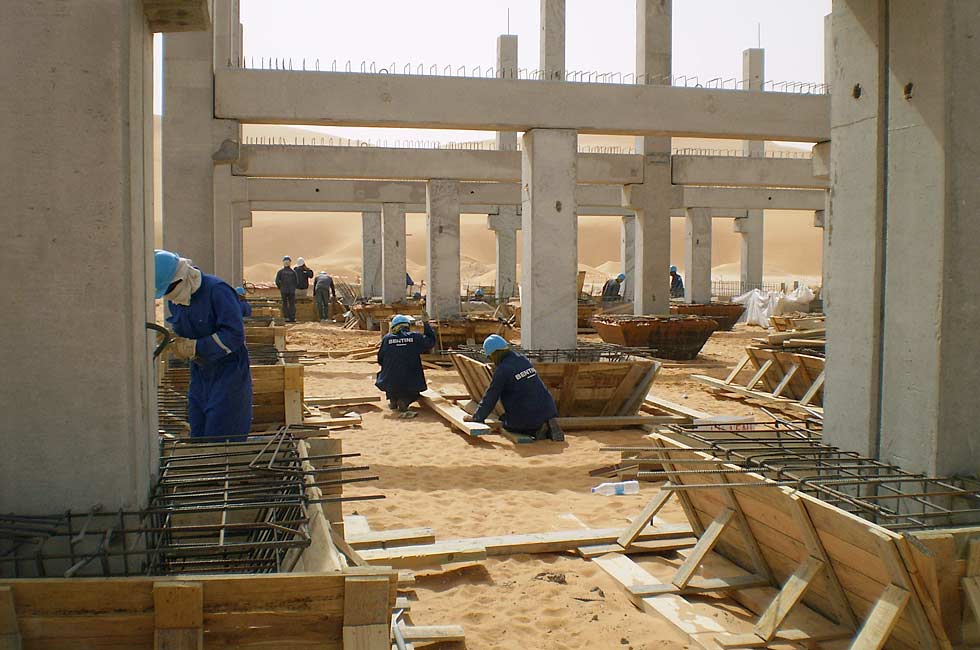 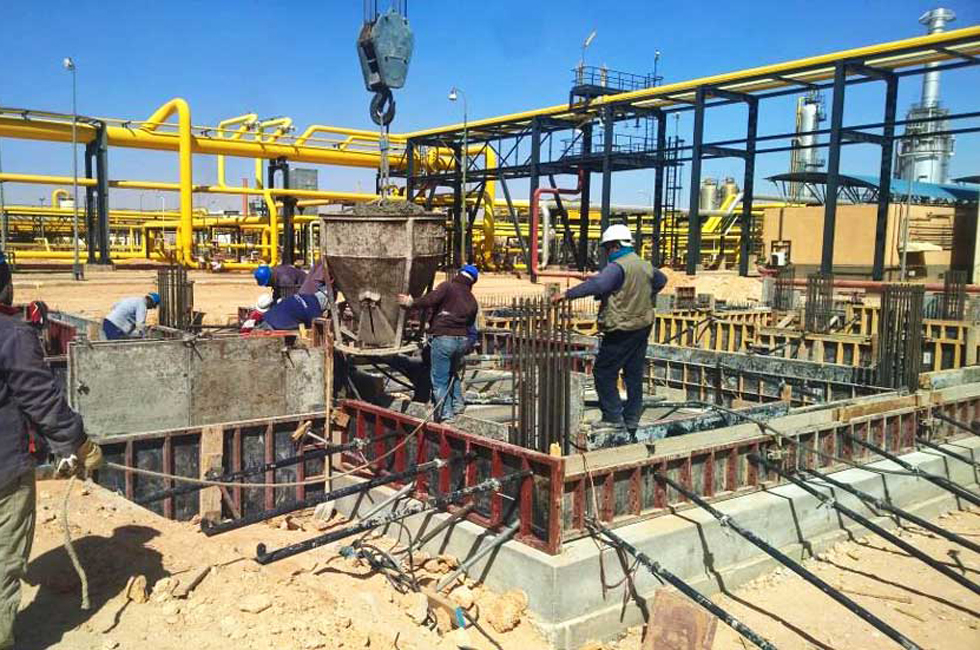 Gepco S.p.A. (100%) Is an Algerian subsidiary which represents the Group’s permanent logistic structure in Algeria. Gepco acts as General Contractor for “turnkey” projects for Permanent Camps, Industrial Bases and Civil Works for the oil companies in the Sahara desert.
The buildings are constructed with prefabricated elements in reinforced concrete produced in its own factory located in south Algeria.
The synergy between Bentini Construction and Gepco is expressed through the engineering, supply and management services carried out by Bentini Construction and the prefabrication and construction carried out by Gepco. 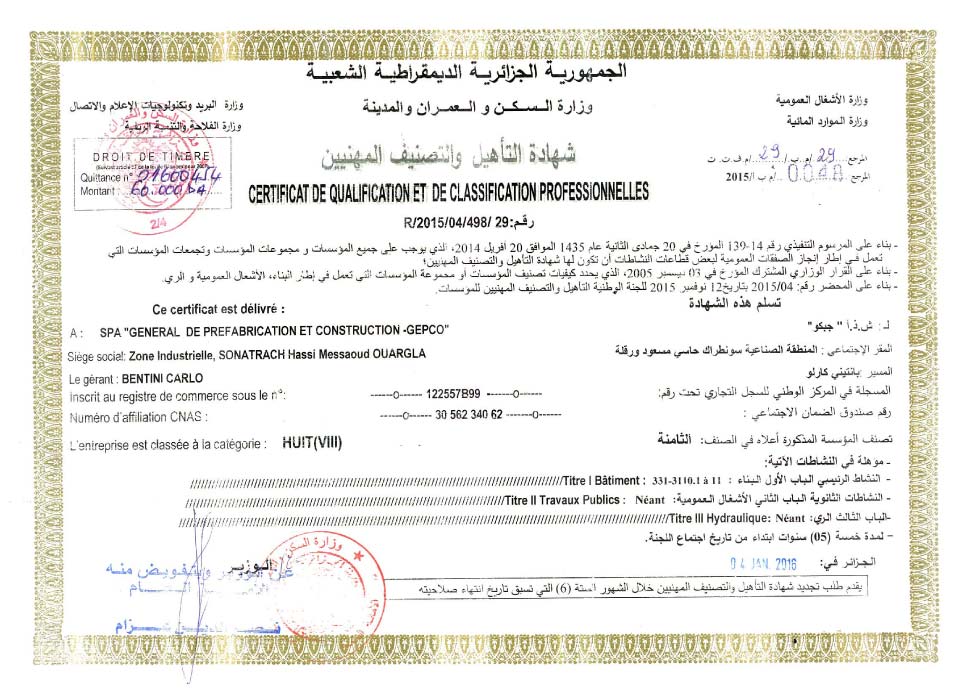 Benco S.p.A. (100%) Is an Algerian subsidiary company founded in July 1997. It worked in collaboration/association with the “parent company” of the group for the execution of “turnkey” projects. In 2010 the personnel and the sub-contracts were transferred to Gepco in order to rationalise the production activity.