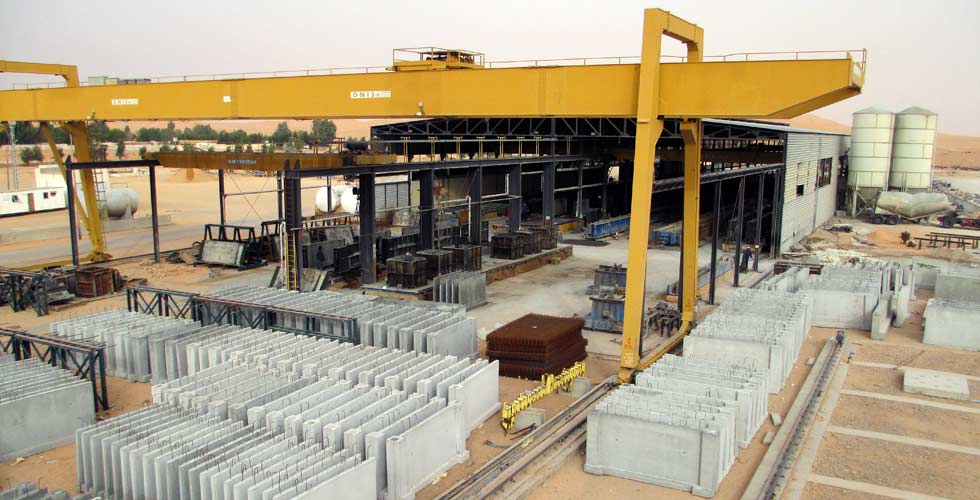 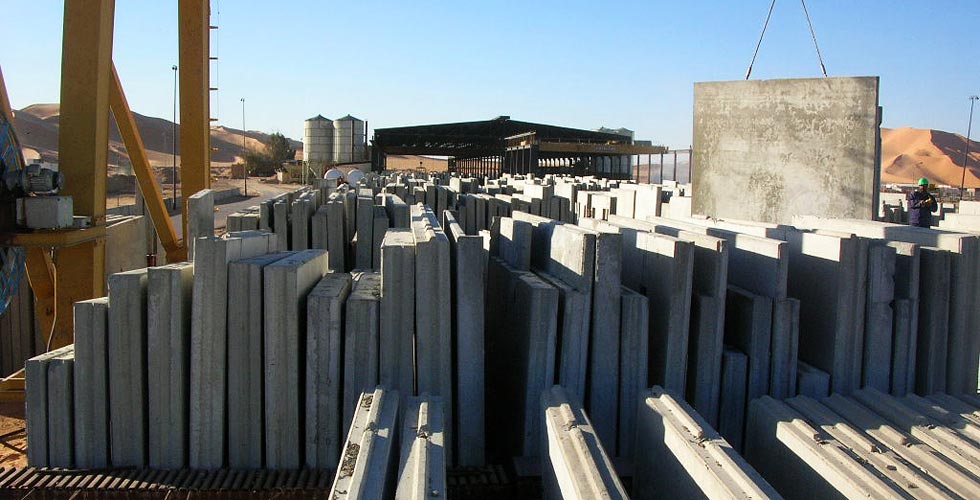 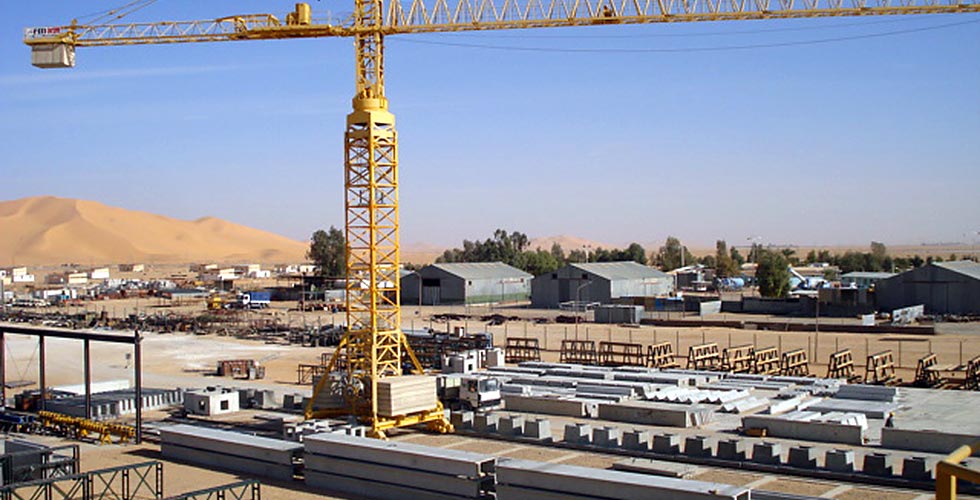 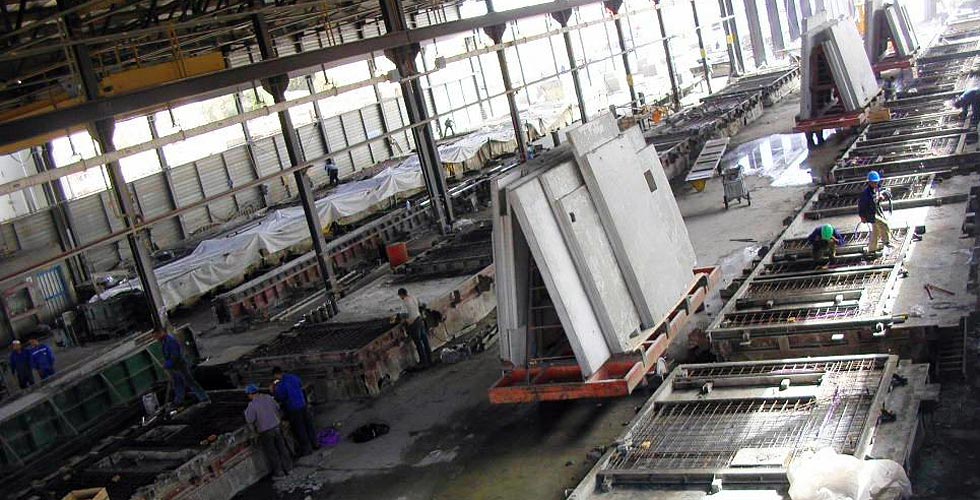 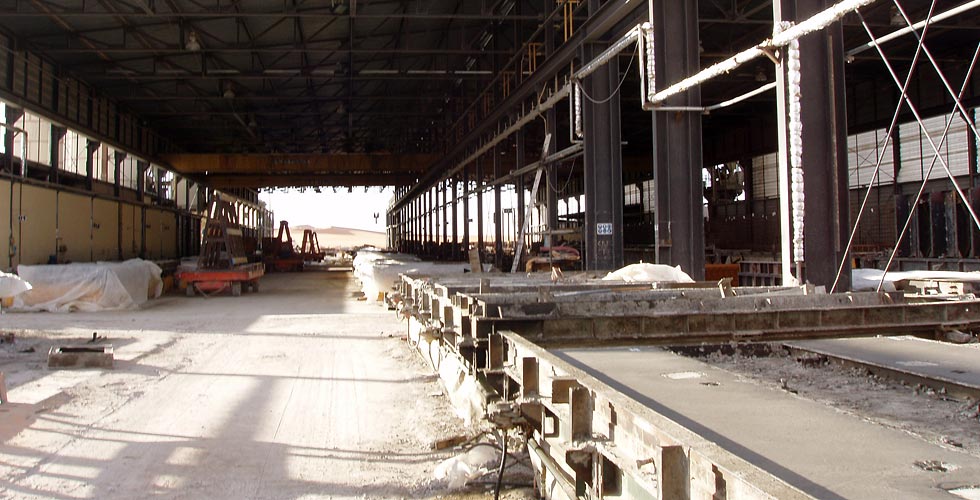 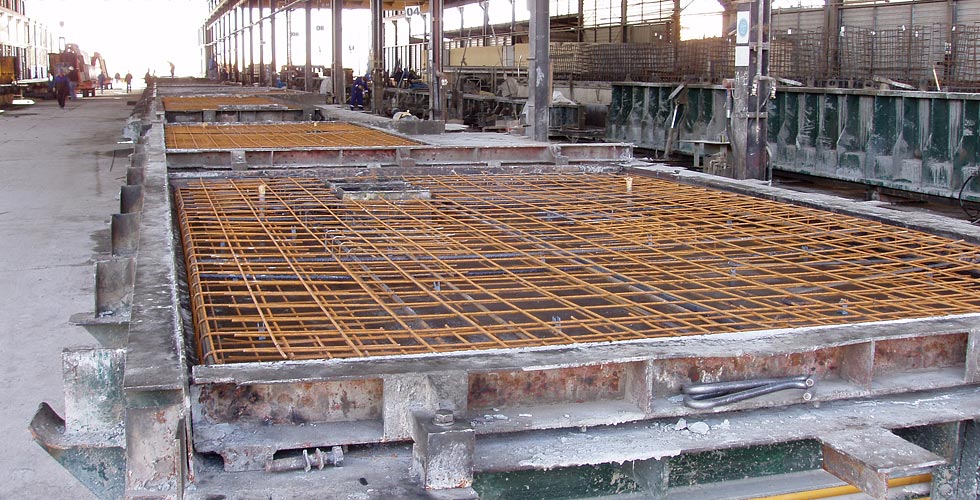 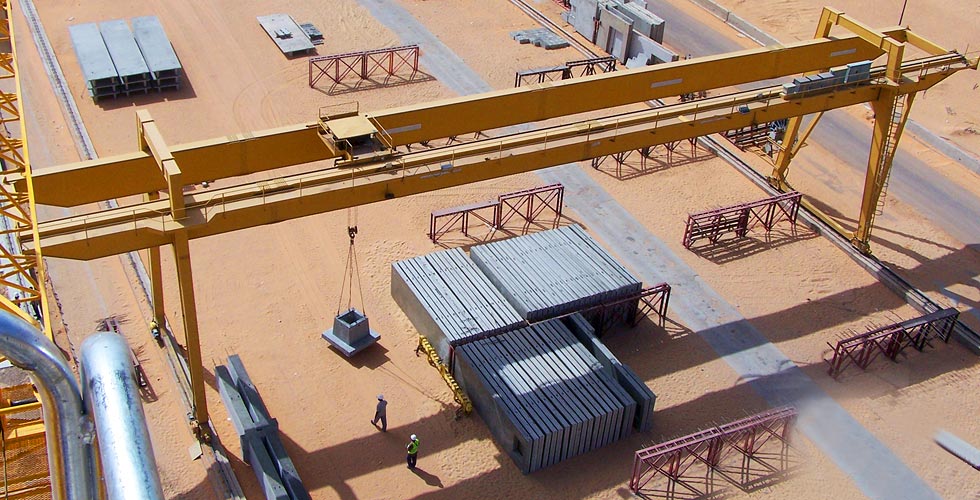 In 1991 Bentini Group has built and started up the precast factory in Rhourde Nouss and in Hassi R’Mel in 1993. After that, GEPCO (an algerian company founded in 1998, 100% owned by Bentini Construction SpA) acquired the factory with its management for the production of the following precast elements : reinforced concrete, lightweight cellular concrete, pre-stressed concrete and special elements. The prefabricated concrete elements are a high quality integrated technological system, which allows a quicker realization and erection of the buildings, compared to the more traditional system.
For over twenty years, the production of precast elements has been produced by the two factories.
Gepco has initially constructed the permanent bases and industrial buildings through subcontracts from Bentini. Later on Gepco, as realizer as a Main Contractor of the major customers of the Oil & Gas, the turnkey projects for Permanent Camp and Industrial Buildings.
GEPCO has expanded its operations in Civil Works, Mechanical and Electrical Installations Works, for complex Oil & Gas, Power and others.

Complete factories at Rhourde Nouss and Hassi R’Mel for the production of precast concrete components. The production of these precast concrete elements is made to the construction of EPC Permanent Camps (e.g. Mosque, Accommodation, Restaurant, Swimming Pool, Medical Center, etc.), construction of Industrial Buildings (e.g. Substation, Control Building, etc.) and elements for Civil Works (e.g. manhole, trench, sleeper, pipe support, etc.).
The Factories include an external area for the storage of the precast concrete elements. This area is equipped with concrete batching plant, sandbox, tower cranes, double girder overhead traveling crane, gantry crane and various stores for supplies.
Furthermore the factories have a permanent camp composed by residential areas, restaurants and mosques, technical offices for the coordination and planning of the work, a laboratory and other facilities.